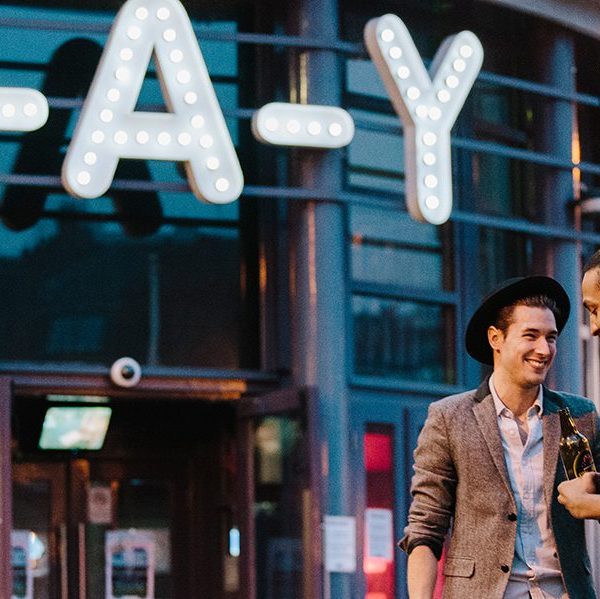 The ‘Gays of Manchester’ exhibition brings together portraits of Manchester’s diverse LGBT community and pays homage to their support for people living with HIV.  The exhibition has been curated and produced by Lee Baxter – a Manchester based photographer.

A calendar of the exhibition has also been produced to raise essential funds for GHT’s work and will be available to buy in the exhibition and also in various bars and retail outlets in Manchester over Pride Fringe and Pride weekend. 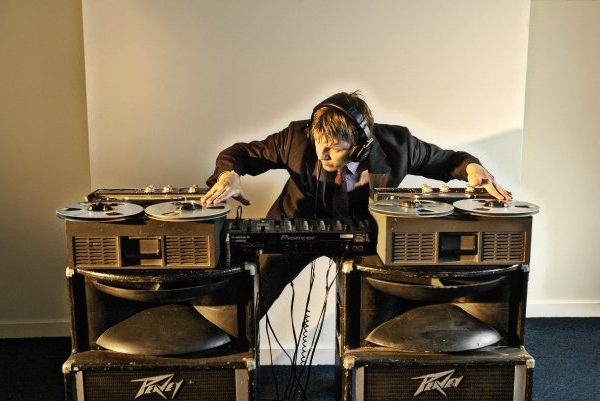 What is better then seeing Greg Wilson work his reel to reel DJ magic? The answer is, seeing him in a nice and intimate venue, and 2022NQ fits that bill rather nicely thank you very much.

Greg played last New Years eve, bringing his groove based music and homegrown edit set to a riotious climax at 2022NQ and the team thought it was about time he repeated that performance.

Merseyside based DJ, and scene historian, Greg has been DJing and spreading the gospal of black oriantated music since 1975, taking a 20 year sabatical from DJing between 1984 and the end of 2003. Greg has been influential in the UK DJ scene from appearing on the Tube, teaching a young Norman Cook aka Fat Boy Slim how to scratch, writing sleeve notes and contributing music to the seminal UK Street Sounds album and DJing at the legendary Hacienda nightclub in Manchester.

His ‘Credit to the Edit’ series of releases on the Tirk record label have been instrumental in pushing the groove based sound to the masses and forging the NuDisco scene.

Apart from working as a DJ, Wilson also writes on various aspects of dance / black culture with articles published in magazines and webzines including Wax Poetics, Clash, Grand Slam, Strobelight Honey and Discopia.

Greg has also recently started his new label, ‘Schooled in the Classics’. Taking inspirations from his illustrious past to record new tracks. The intention is to channel the spirit of those times gone by into new material, not simply try and re-create what went before. Tipping its hat to New York pioneers such as Shep Pettibone, Francois Kevorkian, Larry Levan, John ‘Jellybean’ Benitez and Tee Scott who’s experimental approach to dance music production has gone on to forge and inspire the current Dance music industry. 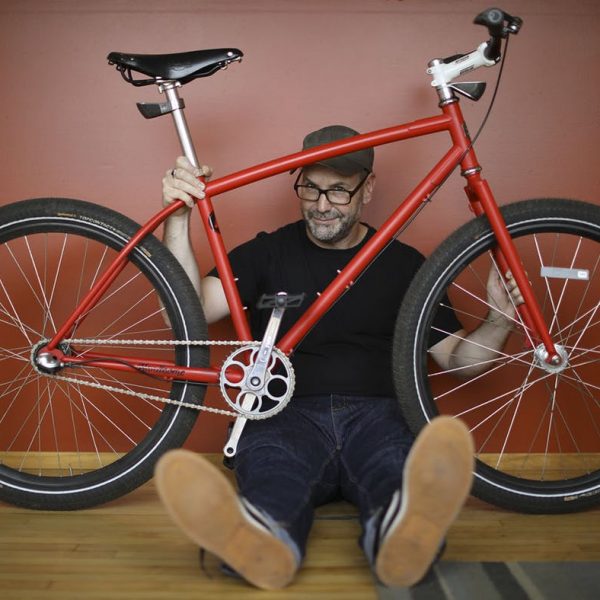 As the juggernaut of Team Sky and British Cycling take their places on the podium in the grand tours and on the velodrome, a two wheeled revolution has taken hold on the streets of Manchester.

ARTCRANK, billed as “A poster party for bike people,” will host its first-ever show in Manchester at 2022NQ on Dale Street on 12 July, 2012.

ARTCRANK MCR will feature hand-made, bike-inspired posters created by artists from Manchester. Admission is free, and limited edition, signed and numbered copies of all posters will be available for £30 each.

Where you find bikes, you’re sure to find creative minds, and ARTCRANK Manchester is no exception. At the 12 July opening night party, a selection of fine art prints will be available for purchase, with a portion of proceeds going to support Simply Cycling, a nonprofit organization that uses bicycles to bring together young people of all abilities.

Manchester-based creativeagency Retrofuzz will showcase their creative flair and technical savvy at the opening night party. Lezyne will be flaunting their supremely slick lighting and inflation gear. Colorplan will host live screenprinting on opening night and will provide their world-class papers for the limited edition prints featured at the show.

“One of the big ideas behind ARTCRANK has always been making art as accessible to people as bikes are,” says ARTCRANK Manchester organizer Chris Verbick. “Part of that is price — it’s pretty cool to be able offer limited edition, handmade posters for 30 pounds. But it’s also about introducing people to the artists who live in and work in their community. Manchester’s undergone a real cycling renaissance in recent years, and we’re excited to reach out to people who just discovering — or rediscovering — the simple joy of riding a bike.”

“We’re super excited to be bringing ARTCRANK to Manchester for the first time thanks to our good friends at RetroFuzz” says Chris Verbick from ARTCRANK. “having put on amazing shows in London it’s nice to head North and to engage with such a vibrant design and riding scene.

We’ve been welcomed with open arms and it’s inspiring to be meeting and working with such talented people.”

When it comes to the connection between bicycles and art, Verbick thinks the two are more alike than different. “Riding a bike is a form of creative expression,” says Verbick, adding “Even if you ride the same streets every day, the experience is always different. I’m amazed by the way people channel that sense of freedom and possibility into poster designs, and I can’t wait to see what our artists come up with.” 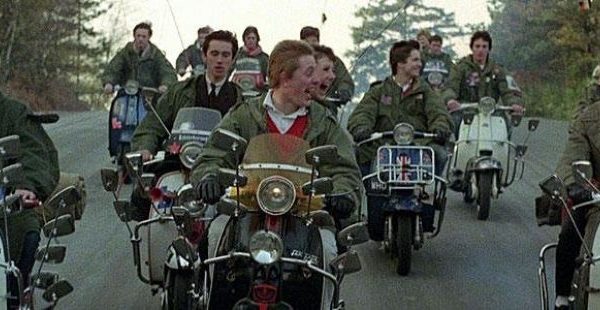 THE ATLANTIC’s (Playing the hits from the film including Louie Louie, You really got me, Green onions, Da doo Ron Ron, Be my baby, My generation, Real me, Bell boy etc) +Support

It is conceivable to check payouts at the site and quest for the diminished ones. Anyway you adapt your site, you require a ton of supporters of make it a triumph. One of without a doubt the most prosperous and most successive games wagering on the web entrance is sbobet together with the accomplishment is credited to many reasons.

You should endeavor to make sure of scanning for the perfect on-line gambling club organizations that would wind up being a lot of valuable to you in the most appropriate manner. DNS is a piece of the online foundation that permits demands from your PC find their approach to Casino SBOBET (or some other site’s) servers. On the off chance that you in any case don’t have the foggiest idea what action you need to appreciate and precisely what you wish to have from it, it’s conceivable to contemplate writing about online gambling clubs by these catalogs far and away as well.

It would likewise allow you to really feel pleased with yourself for being in a situation to obtain the perfect gambling club game on the web. A large number of individuals may let you know enlisting for an internet wagering webpage is an incredible wagered. The game is played in web.

You may locate an enormous choice of numerous assortments of web gambling club openings. So go into web based gaming with a fantastic mentality and it’ll reimburse you with a couple of gigantic big stakes and large successes. In this manner it’s critical to evaluate a failure when effectively playing an online poker coordinate.

Roulette is one more work area game inside the sbobet world with a tendency to be exciting for loads of. On the off chance that you need to be that the lord producer that you must be exceptional in your capacities and method for putting down wagers from the rest of the players. You can adore the absolute best time playing gambling clubs in the most appropriate way that would permit you to get yourself the ideal fulfillment out of it.

Subsequently assuming it’s just the underlying a chance to partake on sbobet Playing, at that point there’s literally nothing you should be worried about. At whatever point there is one specific path by which people can have a great deal of fun, it’s by playing web based games. Together with the complex innovation, presently individuals may wager with their preferred gathering directly from their home.

To help make the correct determination, you have to do examination that is on the web. You can in any case be one of the numerous people that are procuring a mind blowing offer from their wagering on sports activities. It offers to wager in different games exercises and is accessible in numerous dialects.

The absolute first thing you should do so as to enroll the record sbobet is to get an investment account from a solid bank. The screen captures beneath can assist you with making another modified brush. The enlistment structure likewise expects you to pick the cash in which you might want to make installments.